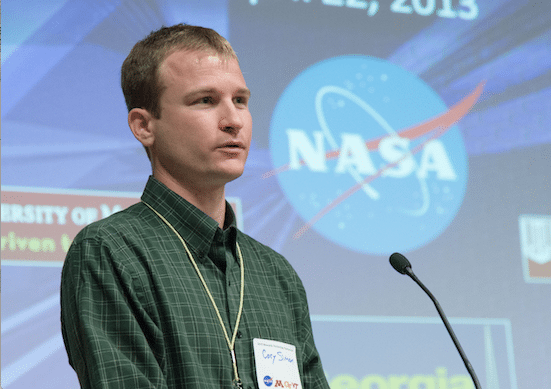 The WEAR Lab is taking advantage of the International Space Station (ISS) as a laboratory to demonstrate technologies and support research that will enable human exploration of destinations beyond low-Earth orbit, including asteroids and Mars. Most recently, Cory led an interdisciplinary team from design to delivery, launch, and operation of a set of wearable sensors to monitor astronauts’ CO2 exposure on the ISS. The project leveraged an accelerated development process at the Johnson Space Center, delivering flight-certified hardware in just over one year.

Cory also leads NASA’s Wearable Technology Cluster, a collaboration with universities across the country that connects student teams with NASA engineers and scientists to address wearable technology challenges. Cory earned his MS in Human Computer Interaction from Georgia Tech in 2011, and his BS in Computer Engineering from Iowa State in 2008.