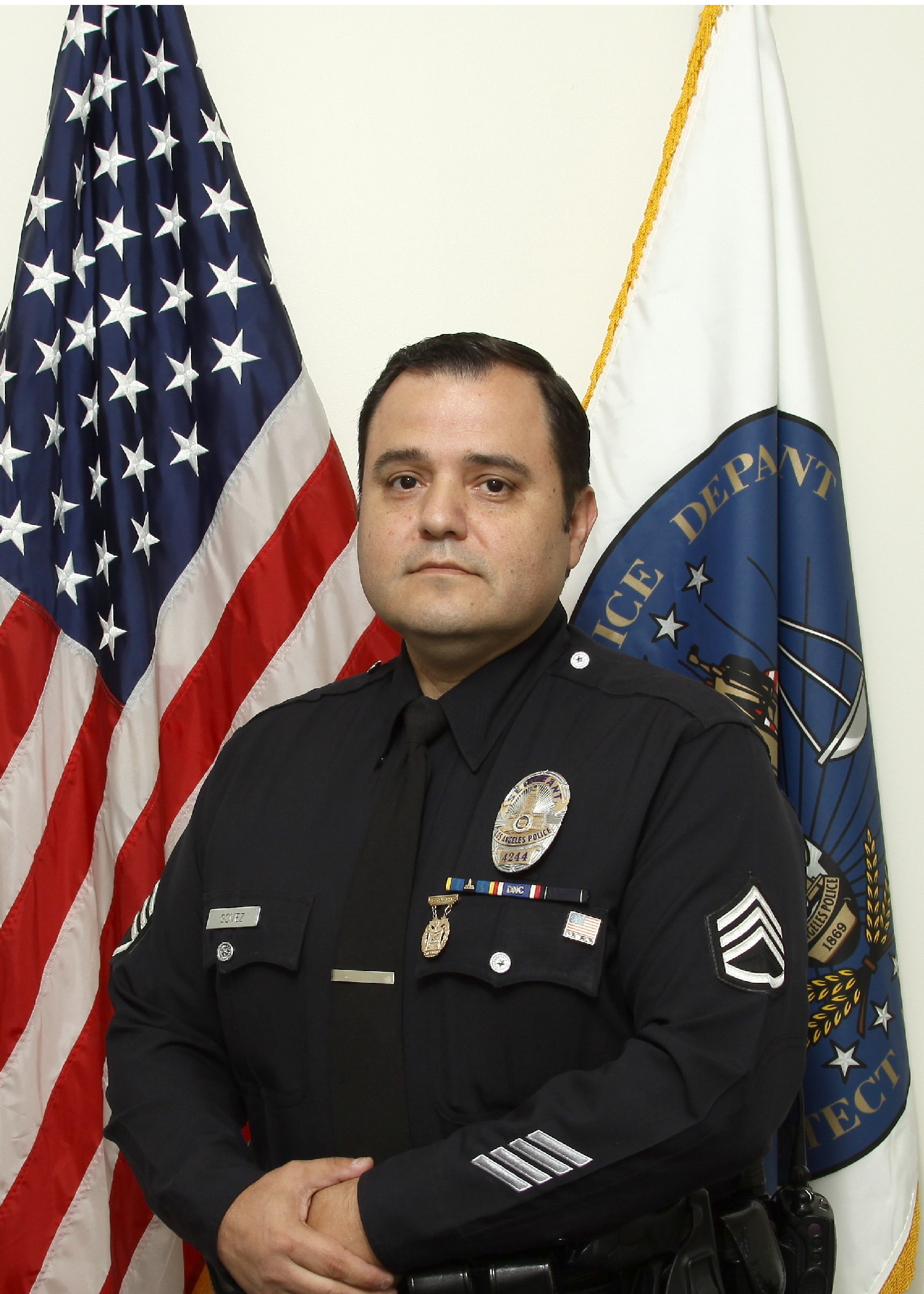 Sergeant II Daniel Gomez was born in Los Angeles, California and was appointed to the Los Angeles Police Department in 1993. His assignments have included patrol in South Los Angeles and Skid Row in Central Los Angeles. Sergeant Gomez has worked as an undercover narcotics officer, investigated abused children cases, and has been a firearms adjunct instructor since 1999. Promoted to sergeant in 2003, he was assigned to Rampart Area as a field supervisor. Sergeant Gomez oversaw a public/private partnership to address a longstanding crime problem. Cameras, facial recognition and license plate recognition vehicles were used to modify behavior in the area.