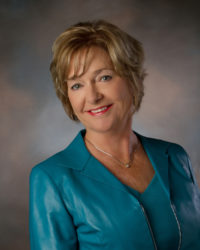 A first generation college student, Deborah Petrine worked her way through Virginia Tech as a receptionist at a nursing home and worked her way up in the company, eventually becoming its President. Since then, Petrine has founded and directed numerous health care companies, including CCR, which operates twelve Virginia facilities. Petrine was state-appointed to manage two failing facilities, which she successfully revived and brought into compliance.

Petrine was awarded the James G. Dutton Lifetime Achievement Award for service to the elderly and infirm in Virginia and was appointed by the governor as the first female Rector of Virginia Tech’s Board of Visitors. She serves as Chairman and CEO of CCR, Inc., one of the companies she founded. Married and mother to two adult children, Petrine is active in her community and serves on several local and regional boards.