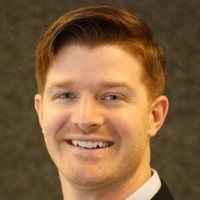 Pete’s current responsibilities include project management of several Hershey’s global product innovations and Plant Manager of Hershey’s Semiworks Facility. He is also the founder and team lead of Hershey X, a cross-functional team that develops and tests new technologies for immediate and future use. After receiving his BSE with Mechanical Concentration from Messiah College, Mechanicsburg, PA, Peter began his career in Hershey’s Process Engineering Group. In 2007, after two years of domestic project work, he relocated to Shanghai, China to begin installation and startup of Hershey’s first owned manufacturing facility in Asia. He spent 3 additional years on expat assignment as Hershey’s Plant Engineer, overseeing multiple expansions, line extensions, new product launches, and training the plant’s technical teams.

Pete returned to the US in 2011 to a Plant Engineering Management role. In 2013, he transitioned from Engineering to an Operational Business Management position which has evolved into his current role. Pete has been recognized for his innovative and entrepreneurial approach to his jobs at Hershey. These characteristics have been key in the development of the Hershey X Team. This team challenges the status quo and seeks to be on the front end of the technological evolution that could bring Hershey to a new tier of performance.