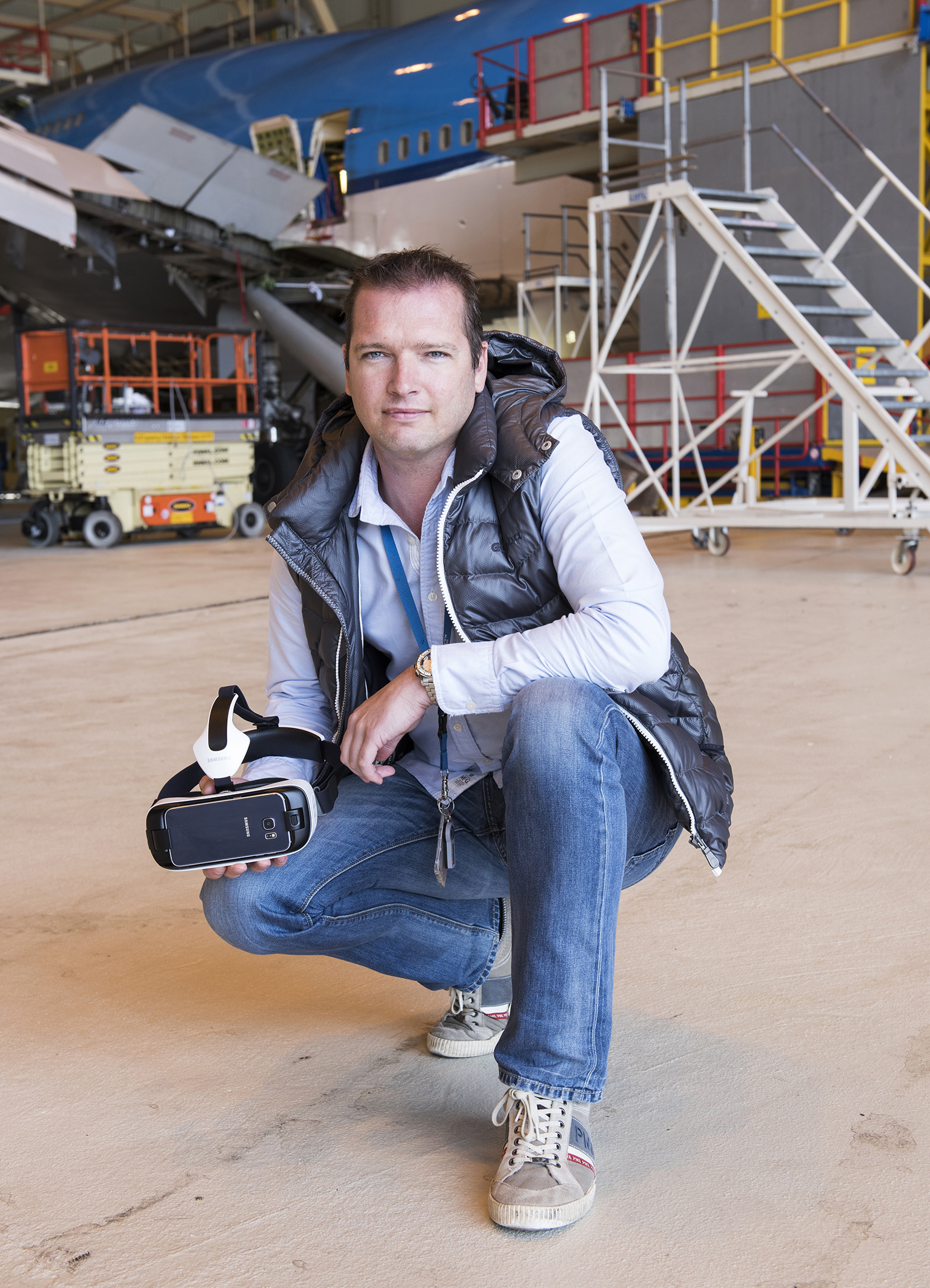 As a child I always was interested in new technologies and I was dreaming about becoming an airline pilot. I passed all exams and was ready to start flying when I was in an accident. I could never fly again. I became a ground engineer and started working at KLM in 2007 in the Engineering & Maintenance domain. In my spare time I have always been experimenting with new technologies and back in 1996 I tried to build a flight simulator on glasses. Though it was really hard but my experiment succeeded and the glasses worked! This is where my love for Virtual Reality started. Unfortunately, there was not a market for this technology yet which made it too hard to keep working on it. A couple of years ago my girlfriend gave me a Google cardboard which relighted my fire for VR. I started experimenting again and developed an interactive VR evacuation training for KLM. This turned out to be a success! These days I no longer work as a ground engineer but joined the Digital Transformation team of KLM where I am the VR-expert of the team. I currently work in many different fields within KLM to apply VR, such as cabin crew training, social media and ground operations.