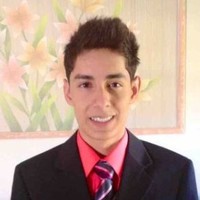 Daniel Estrada currently serves as a Technical Specialist in H-E-B’s Manufacturing Operations. HEB is widely recognized as one of the premier food retailers in the US having a strong community presence and a people centric culture. In 2017, HEB was rated as the most trusted company in the US for the third consecutive year by Temkin Research. Daniel attended the University of Texas at San Antonio (UTSA) and earned his Bachelor’s Degree in Electrical Engineering with a concentration in Systems and Controls in May of 2017. During his undergraduate career, he became a UTSA Ambassador, a member of the Tau Beta Pi Engineering Honor Society, and dedicated time to intramural indoor and outdoor soccer. He initiated his career with H-E-B as an Engineering Intern at the San Antonio Milk and Culture Plant in the summer of 2015. Upon completion of the internship, Daniel was offered a “full-time” intern position, allowing him to concurrently work and continue his education. After graduation, he was offered an Associate Team Leader position through which he gained leadership experience as well as exposure to various food manufacturing facilities in the San Antonio campus. Daniel received a promotion as a Technical Specialist upon completion of the Associate Team Leader Program. As part of his current role, Daniel became one of the leaders and members of the start-up and implementation team of the new Houston Salty Snacks Plant where he will contribute as a member of a High-Performance Work System. Daniel’s focus at HEB is centered around bringing data, technology, and manufacturing intelligence that will enable HEB Manufacturing to digitally transform the business. His work has led to a recent nomination for the Innovation Award in the Manufacturing Division. His key initiatives/accomplishments include: regulating electrical controls and programming standards for the manufacturing division, supporting the launch of H-E-B’s first scalable enterprise Manufacturing Execution System, engineering and designing the new salty snacks manufacturing facility, and developing and implementing use cases for wearable technology. Daniel believes that these initiatives are key to unlock HEB’s sustained competitive advantage now and in the immediate future.

Wearables – Industrial Application Through the Lens of Early Adopters