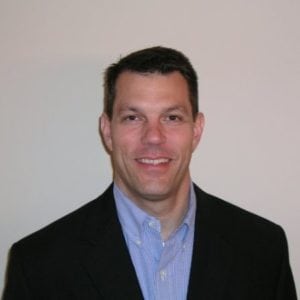 Greg Flickinger currently serves as the Group Vice President of Manufacturing Operations for HEB. HEB is widely recognized as one of the premier food retailers in the US having a strong community presence and a people centric culture. In 2017, HEB was rated as the most trusted company in the US for the third consecutive year by Temkin Research. Greg’s focus at HEB has centered upon bringing data, technology and sustained process to the Manufacturing Division. Key initiatives have included: launching manufacturing’s first scalable enterprise MES and data collection system, development and construction of a new salty snacks manufacturing facility, centralizing and structuring the procurement function and shaping the engineering design, development and execution process. Previous to HEB, Greg worked for 8 years at Snyder’s-Lance first as a site Director of Manufacturing followed by Vice President of Manufacturing and Corporate Engineering for his final 5 years. During his tenure, Greg focused his teams on transitioning the culture from a traditional structure to a high performance structure centered upon TEE (Total Employee Engagement). One of the key vehicles driving the change was the implementation of Continuous Improvement tools and methodologies across both manufacturing and engineering. Prior to Snyder’s-Lance, Greg started his consumer products career at General Mills (9 years). His initial role was in Strategic Technology Development focusing upon developing and launching proprietary and patentable food processing technology aimed at generating product innovation and competitive advantage. Greg also worked in R&D product development as well as Headquarters Operations. In these roles, Greg had responsibility for the national launch of 11 products from concept to full production. In Greg’s final 3 years with General Mills he served as the Plant Operations Manager at a self-directed work team cereal plant that implemented a number of the technologies that were developed when Greg supported the Strategic Technology Group. During Greg’s time leading the manufacturing plant, the team significantly reduced their delivered cost becoming the lowest cost producer in the Big G Division. Greg has multiple invention records, 4 patent applications and 3 granted patents for food production processes and technologies. Greg attended Ohio University on a football scholarship followed by receiving his Masters and Ph. D. in Chemical Engineering from the University of Illinois. Along with his formal career, Greg also spent 10 years coaching football primarily at the collegiate level and all in the role of position coach and coordinator. This was his opportunity to give back by supporting the development of hundreds of young men using the sport as a vehicle to teach values. Greg currently serves on the advisory board for The Florida State Department Biomedical and Chemical Engineering and as the Chair for the OpX Leadership Network.

Wearables – Industrial Application Through the Lens of Early Adopters