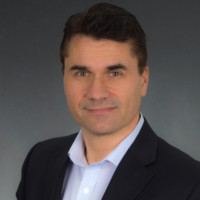 Pete is an IBM alumni with over 20 years of experience in the IT industry. During his time at IBM, Wassell spent a majority of his career managing multimillion dollar programs, conducting business presentations in every major city of the world. Wassell graduated at the top of his clas (presidential scholar) at Clarkson University’s engineering school, and also graduated from the JFK Special Warfare School (Special Forces) in the military. In addition to co-founding Augmate in 2014 after realizing the potential of wearable technology in the workplace, Wassell has also been a legislator who has passed 1000+ laws. Pete is a thought leader in the wearables industry. He an officer of the AREA (Augmented Reality for Enterprise Alliance), runs the ARNY Meetup (3000+ members), and the AR Glasses Group on LinkedIn (7000+ members). Previous to Augmate, Pete was a Director at IBM