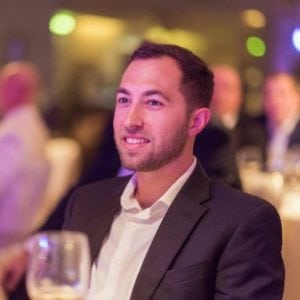 IT Employee Engagement and Innovation Specialist

Zach joined Merck in 2013 after graduating with a bachelors in Information Technology & Informatics and an associates in Game Development. Joining Merck’s Emerging Talent Rotational Program, Zach rotated to various groups starting as a developer, switching roles to be a business analyst, and then a jr. account manager, while also acting as an innovation specialist over these 3 years experimenting with various technologies such as 3D printing and virtual/aumented reality.

Zach then graduated the program and moved to Prague for a one-and-a-half year stint where he worked with the Strategy & Operations team as well as the Structured Experiments team. Now residing at the recently launched Austin IT Hub, Zach has relocated to help get the hub off the ground and connected to the global Merck community. Besides Merck life, Zach is involved with the Austin Virtual League, which aims to share the value of virtual reality and giving people access to try out the technology, as well as an avid traveler.

Prior to Merck, Zach worked at Rutgers University for Continuing Education in the Department of Virtual Worlds. Here he primarily developed in Unity creating virtual classrooms where students would use an avatar to attend class instead of alternate remote channels.