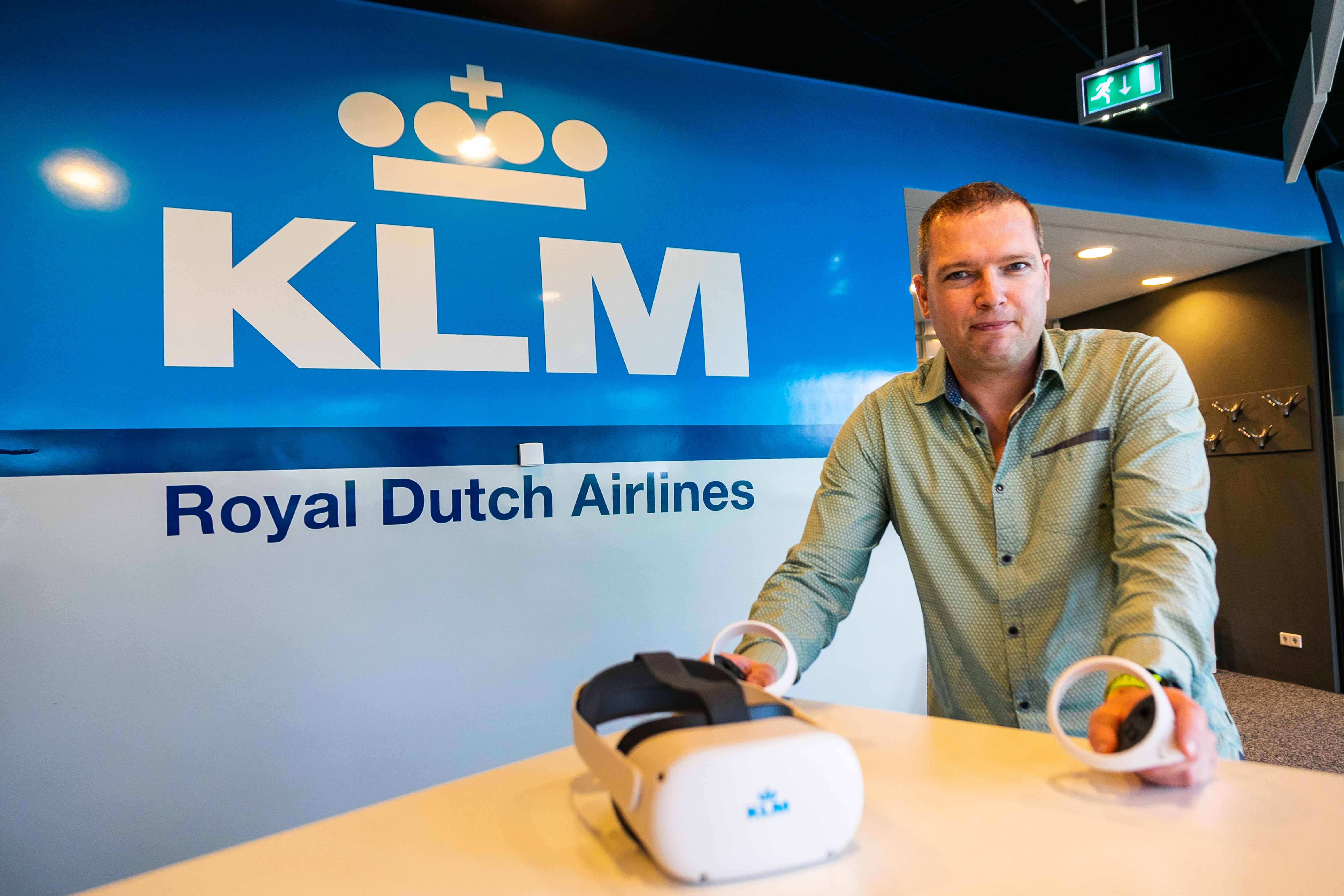 As a child, I always was interested in new technologies and I was dreaming about becoming an airline pilot. I passed all exams and was ready to start flying when I was in an accident. I could never fly again. I became a ground engineer and started working at KLM in 2007 in the Engineering & Maintenance domain.

In my spare time, I have always been experimenting with new technologies and back in 1996, I tried to build a flight simulator on glasses. Though it was really hard my experiment succeeded and the glasses worked! This is where my love for Virtual Reality started. Unfortunately, there was no market for this technology yet which made it too hard to keep working on it.

In 2015 Google cardboard came out which relighted my fire for VR. I started experimenting again and developed an interactive VR evacuation training for KLM. This turned out to be a success! I’m no longer work as a ground engineer. For the last 3 years, I’ve joined the Digital Transformation team at KLM where I was the VR expert, and created a team “the VR team” that makes proof of concepts with a thin slice approach. I currently work as a VR specialist/engineer for AF/KLM to guide and implement many different fields of VR, such as cabin crew training, social media, marketing, and ground operations. 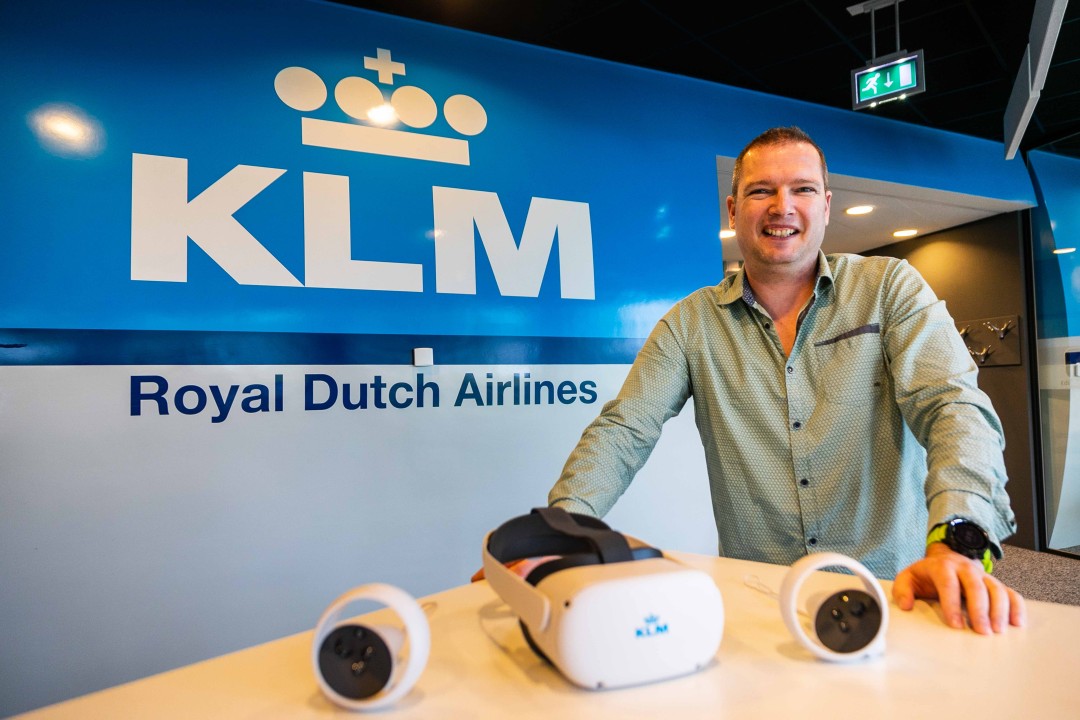 The power of virtual reality

Training courses From cleaner to pilot work with it.

Take a peek inside the entire KLM fleet – without a ticket

As of late, you can take a virtual stroll through business class on a B787 without having to pay… How? We’ve taken photographs of the interiors of the entire KLM fleet using a 360° camera. VR specialist Chris Koomen, from KLM’s Digital Studio shares more about this exciting initiative. 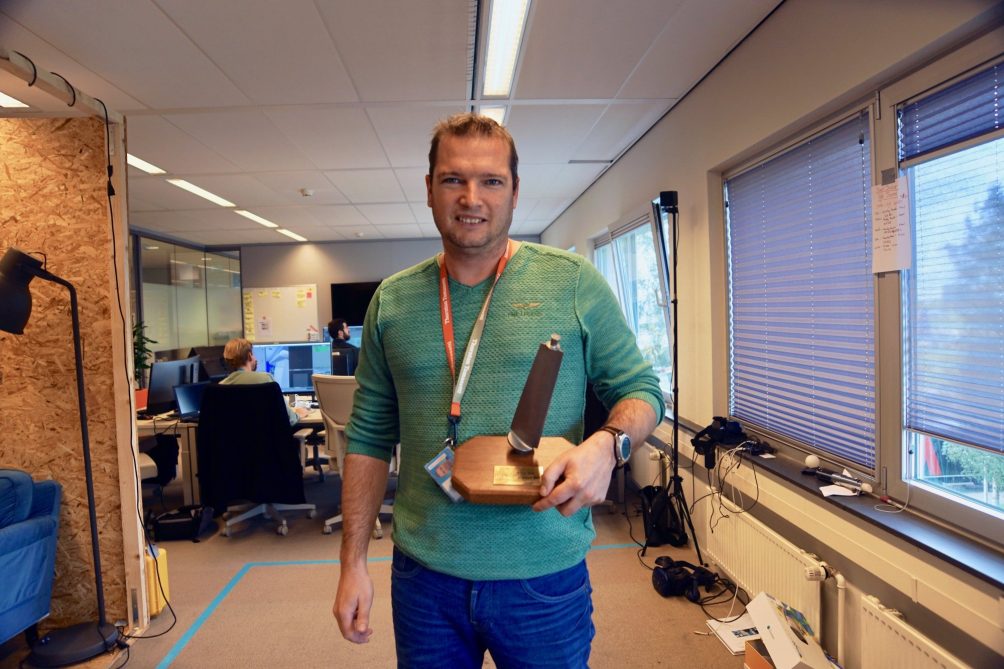 The story of how VR is revolutionizing KLM’s training strategy

Both today and tomorrow Munich will host the Augmented World Expo (AWE), an annual gathering that will be dedicated to three emerging and promising techniques: Augmented, Virtual and Mixed Reality (collectively known as XR). Both developers and representatives of interested companies will be present and attend workshops, participate in lectures and discuss each other’s XR-implementations. One of those representatives is Chris Koomen, VR-pioneer at KLM. Innovation Origins spoke to him about his notable career, his role as a panel member during AWE and about XR-applications in the corporate world.