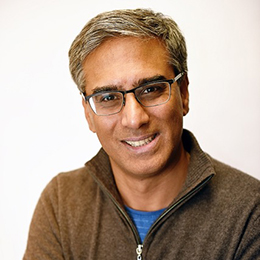 Sanjay Jhawar is Co-founder, President and Chief Product Officer at RealWear – a Silicon Valley company building the world’s first head mounted tablet – a wearable that completely frees the hands of industrial workers. Prior to RealWear Sanjay served on the senior executive teams at three technology startups: - Sonim Technologies where he was VP/GM of Solutions and Marketing. Sonim makes the world’s toughest smartphones for industrial and public safety users, offered by carriers like AT&amp;T, Verizon and Vodafone.- BridgePort Networks where he was SVP Marketing, Product and Business Development. BridgePort invented the technology that lets you use voice and messages on your phone seamlessly between Wi-Fi and cellular networks, and is now part of CounterPath, a NASDAQ company. - Sendit AB in Sweden where he was VP Marketing, Product and Business Development. Sendit was a mobile email pioneer that sold server platforms to mobile operators and was acquired by Microsoft in 1999. Sanjay then served as Director of Program Management in Microsoft’s Mobile Internet unit. In the UK, early in his career, Sanjay led product management and business development for the world’s first Java based smart phone at Motorola and co-founded WAP Forum – the seminal industry standards body for the early mobile Internet. At IBM he was an electronic engineer developing CRT monitors. Sanjay has also spent time in venture capital and consulting and advises other startups. He holds a Masters with honors in Electronic Engineering from Cambridge University in the UK.